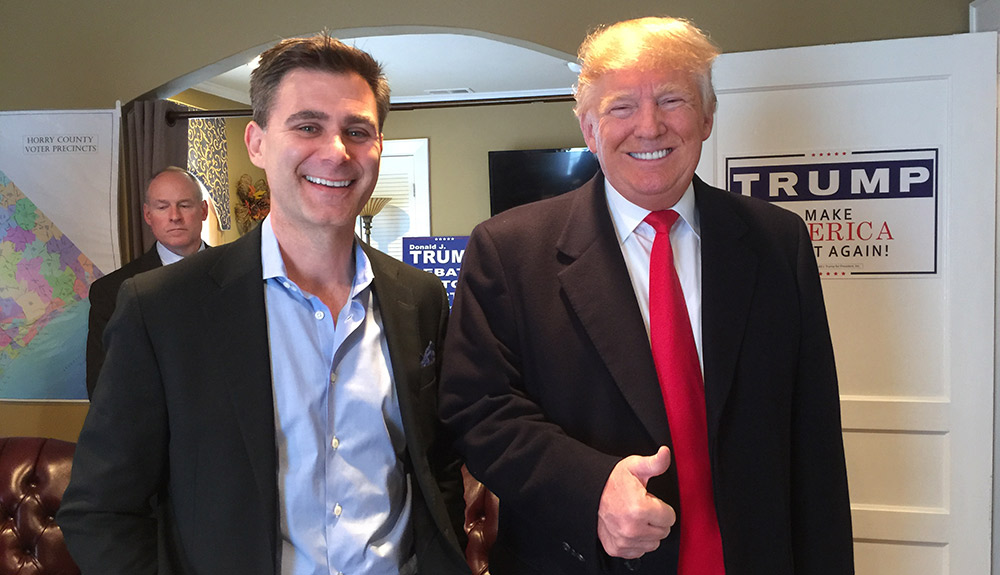 I endorsed Donald Trump February 19, 2016 (prior to the South Carolina Primary), because we must change government. The status quo has to go! The career politicians have ignored the hard working Americans for far too long. It’s time we tell the career politicians to go back home and get a real job, and let’s see how they like working under the laws they pass each year for you and I to work under.

My grandfather told me that it is not how much money a man makes that makes him wealthy, it is how much he keeps. I know Donald Trump knows how to cut spending and balance a budget, something the career politicians don’t know how to do.

You may not know this, but I served as a South Carolina Constable for over 16 years and the SC State Guard and Civil Air Patrol. My Grandfather was a graduate of Annapolis and retired as an Admiral in the US Navy. We have an obligation to the men and woman who served in our armed forces. The dysfunctional Veterans Administration needs to be fixed. Under a Donald Trump Administration, I know our veterans will be taken care of and Armed Forces will be respected and feared throughout the world.

For years I have said some of the same things Donald Trump is saying now, maybe not as eloquently. We have a problem with so many Americans living off of government handouts. A Donald Trump administration will change the status quo.

Let’s talk about Political Correctness. Let’s talk about Political Correctness! This political correct idea has to change. If there is a problem, we need to discuss it openly and honestly in order to find a solution. In today’s environment when you try to discuss something some people demand that you be politically correct and in so doing you lose the benefit of discussing the real issue. Under a Donald Trump administration real problems will be able to be discussed and solved. I think we all know that Mr. Trump will engage in the discussion and find solutions.

As a businessman Mr. Trump knows what over bearing government regulations will do to your bottom line. Just yesterday, I had to get a permit to change an 8″ x 10″ windowpane in my house. The windowpane cost $15, the labor cost $10 to install it and the permit cost me $25. This is a common problem at all levels of government. Over regulation of business by government for the sole purpose of collecting fees has to come to an end.

The stakes have never been higher for our country. I believe the very fabric of this nation is being ripped apart by the oppressive hand of liberal policy. We must not elect another Republican who will cave to that liberal agenda at every obstacle. I know that Donald Trump will not waiver from his strong conservative principles. We must make a change to whom we elect as leaders; and the time is now. As others who have endorsed Donald Trump have said, I am In It To Win It. This is why I am endorsing Donald J Trump today:

Mr. Donald J Trump has his pulse on the heartbeat of America and I believe that he will be the next President of United States.